In times of crisis, domestic violence increases, as recorded by calls to the Greek SOS 15900 hotline, which multiplied during the recent pandemic quarantine.

Penalties for domestic violence offenses in Greece are more severe than for corresponding offenses under the Penal Code and are regulated by Law 3500/2006 which, as amended, remains in force.

Concept and Acts of Domestic Violence

Greek law defines domestic violence as the commission of a criminal act against a family member, which may include:

However, in order to be included in the Domestic Violence Law, minor physical injuries such as bare-handed blows on the victim's shoulder must be caused in continuous conduct of the offender (Judgments of the Supreme Court of Greece Number 1/2022 and 1203/2015).

Typical is the decision number 3428/2013 of the Thessaloniki Trial Court of Appeal, which accepted, inter alia, the following:

"It was proved that the defendant intentionally, by several acts constituting continuous conduct, caused the plaintiff a very slight injury to her and damage to her health. Specifically, on 31-5-2007, after grabbing her, he threw her down on the floor while she was holding her infant child in her arms, causing her to suffer a contusion of the (DE) hand and on 14-8-2007, he hit her with punches, fists, kicks and blows with a charger cable on various parts of her body, causing bruises. Though there were no witnesses other than the persons involved in the said incident of 14-8-2007, the fact stated by the aggrieved person is found to be true, taking into consideration, on the one hand, the fact that her mother and examined witness testified before this Court that she saw the bruises on her daughter and the charger cord held by the accused, and on the other hand, the numerous incidents of verbal violence and physical violence with the accused as the perpetrator that had preceded them." 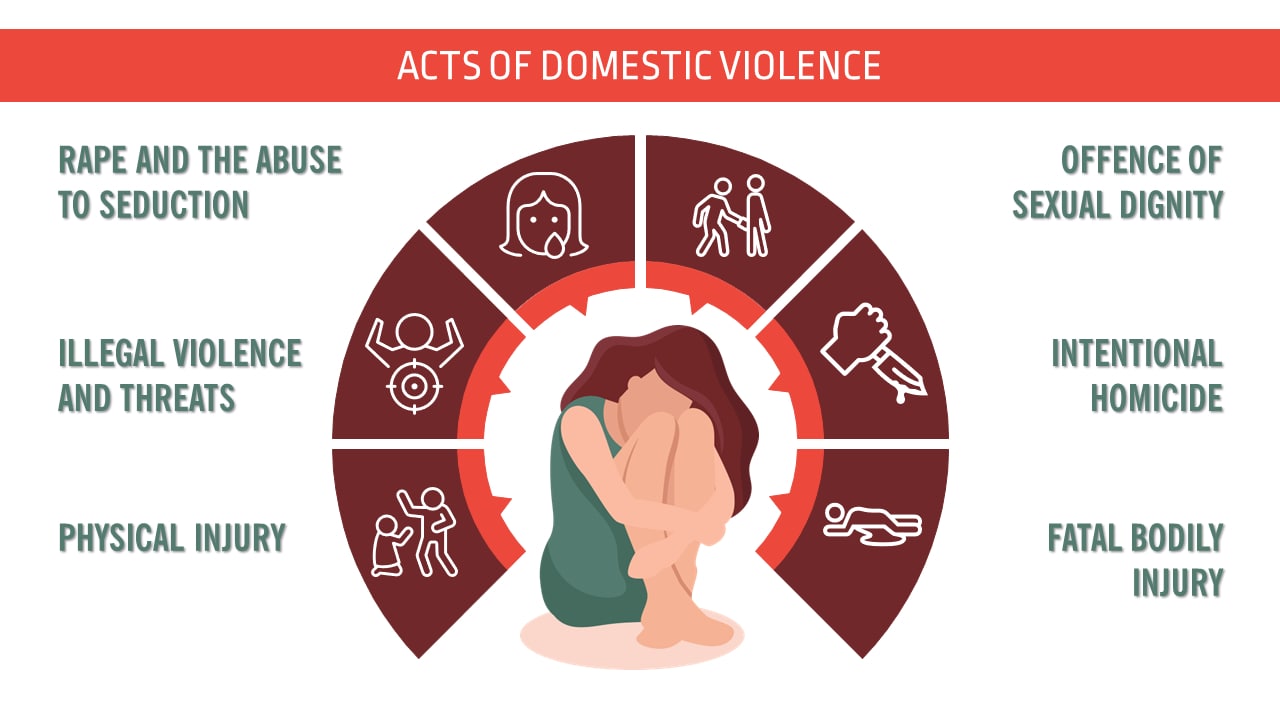 The offence of domestic violence is standardized when it is committed against a family member. According to Law 3500/2006, a family is:

The penalties for domestic violence offences under the current legal regime include:

Misdemeanors (imprisonment up to 5 years) 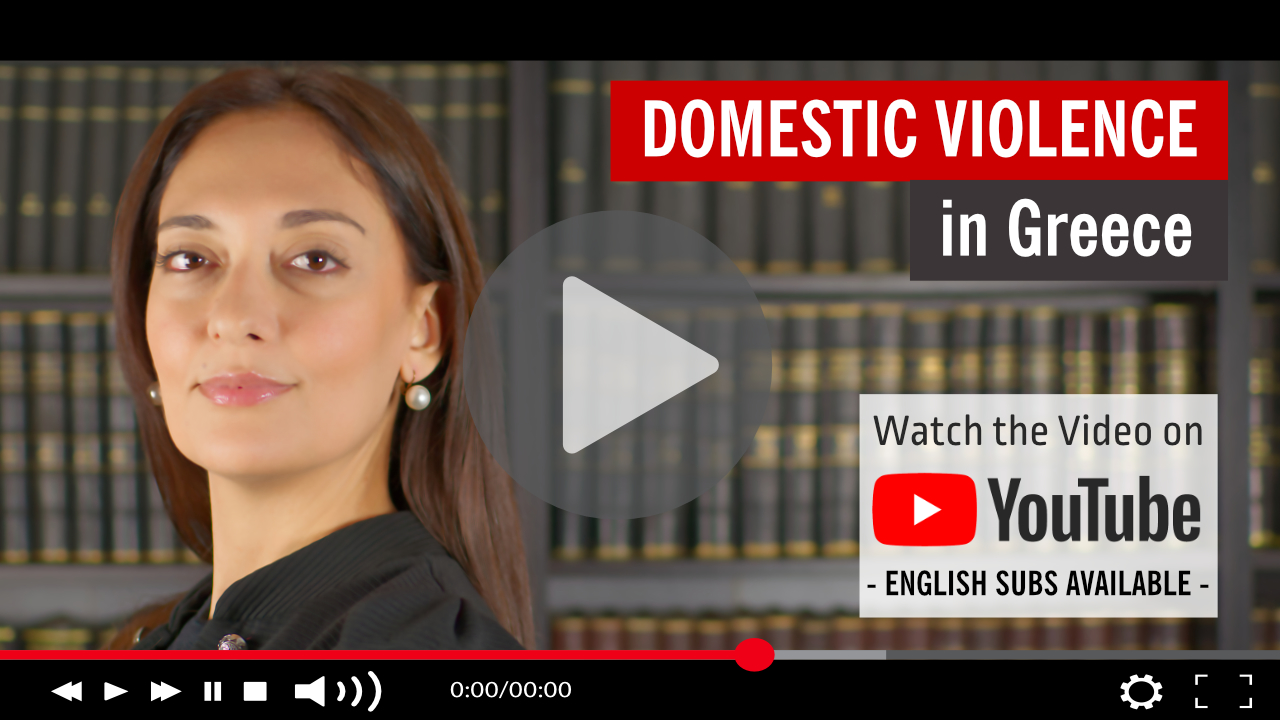 In misdemeanor domestic violence cases, the prosecutor shall explore the possibility of penal mediation. A prerequisite for the initiation of criminal mediation proceedings is the submission of a statement by the person to whom the commission of the crime is attributed that he or she is willing cumulatively:

If the offender complies with the conditions of the criminal mediation for a period of three years, the procedure is terminated and the state's criminal claim for the crime concerned is expunged.

If, however, the public prosecutor finds that the criminal mediation was not completed due to the offender's fault, then he or she shall withdraw the case file from the file and the criminal proceedings shall continue in accordance with the relevant provisions of the Code of Criminal Procedure and without the submission of a new request for criminal mediation being permitted.

Statute of Limitations for Domestic Violence

In cases of domestic violence resulting in physical injury, domestic unlawful violence and threats, and domestic assault on the sexual dignity of a minor, the statute of limitations commences when the victim reaches the age of majority plus one year thereafter if the offense is a misdemeanour and for three years thereafter if it is a felony.

Means of Defence in Domestic Violence

Domestic violence, in whatever form it takes, is a flagrant breach of the victim’s human rights. The victim may defend himself or herself against the offender in two ways:

The choice one option does not prohibit the victim from also choosing the other. The victim may file a complaint and bring an action against the perpetrator or choose only one of the two options. 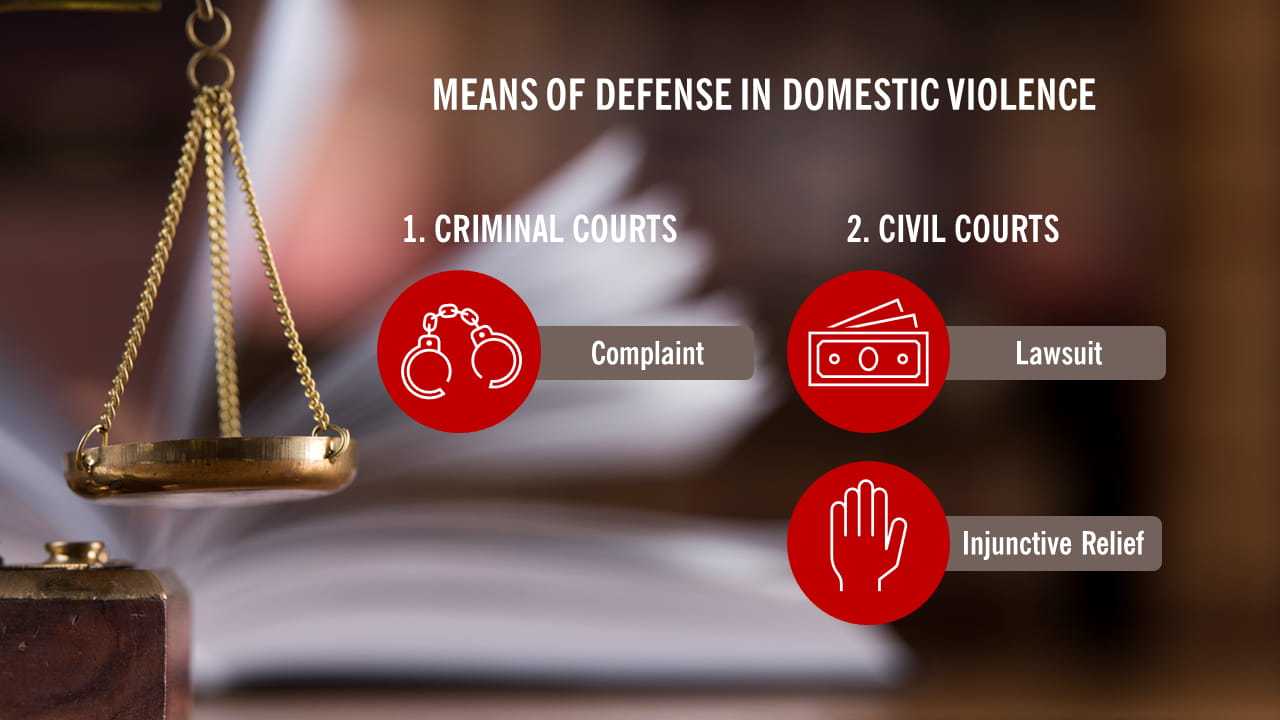 Means of Proof in Domestic Violence

Evidence in a court case is the means of knowledge used by the court to convince itself of the truth of disputed allegations. In the case of domestic violence, means of proof include, among others:

There are times when the victim does not report the offence because, in his or her judgment, there is insufficient evidence or persons willing to testify as witnesses. However, proper handling of the case may lead to conviction, event when the evidence first appears to be "insufficient." Proper and careful collection of evidence by the victim's lawyer is therefore crucial.

Our law firm has been handling family law cases since 2005. Read on our website anonymized judgments issued in cases we have handled. Feel free to contact us for responsible advice and to suggest the appropriate steps to resolve your problem.