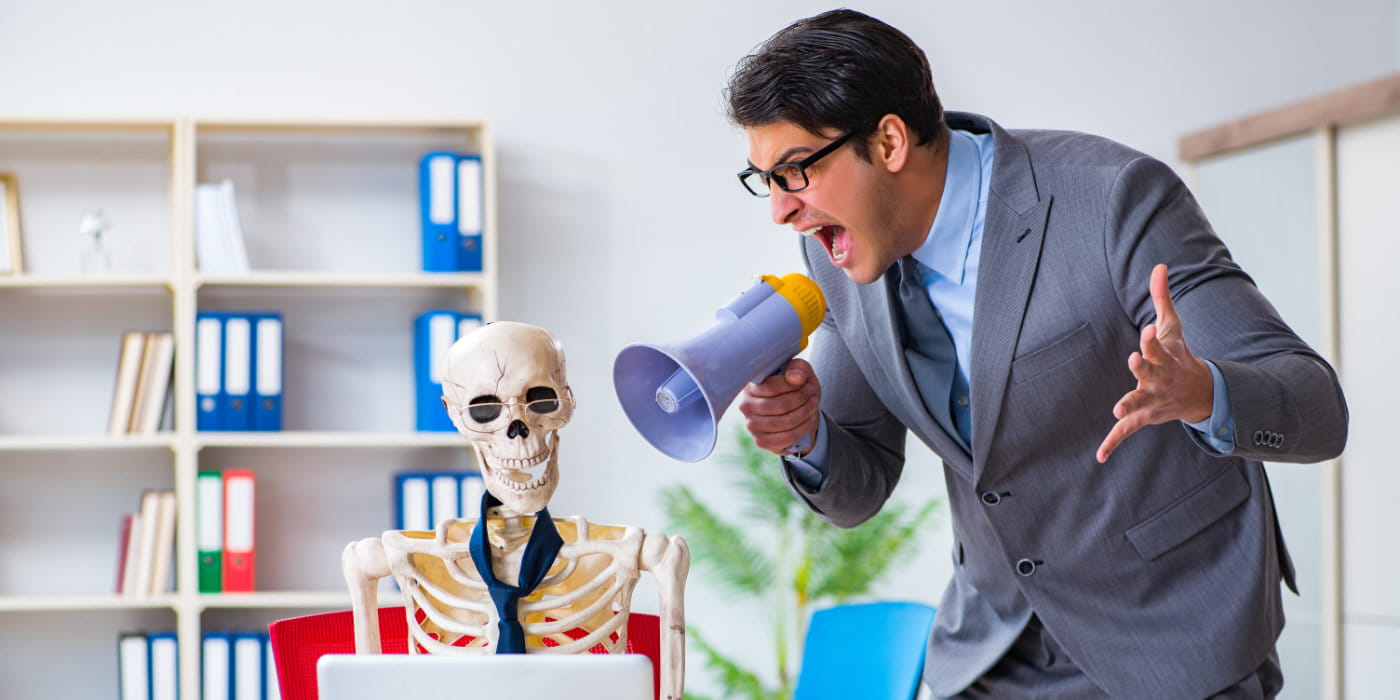 To improve the overall clarity of this article, the pronoun ‘he’ refers to both men and women unless over wise stated.

Inappropriate behavior of the employer

From Article 288 of the Civil Code arises the general obligation for performance of contractual obligations by good faith, the accepted principles of morality and the social and economic purpose of the right. This obligation also includes the general duty of care: the employer must respect the honor, reputation and dignity of the employee and refrain from any act or omission which may cause the infringement of his personality. Therefore, the employer is not entitled to exhibit derogatory, aggravated or diminutive behavior which could damage the employee's personality and, as a result, cause difficulties in the workplace. 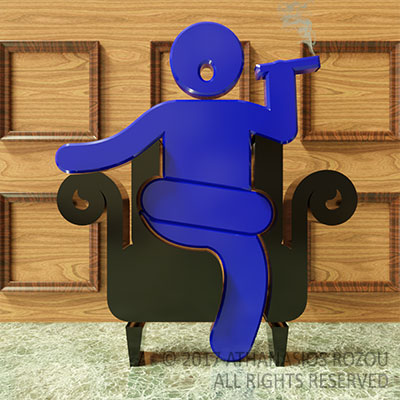 The employer must respect the honor, reputation, and dignity of his employee.

Abuse of the managerial authority

In the context of his managerial prerogative, the employer has the power of control, reprimands and remarks towards the employee to achieve the productive operation of the business, but not to exceed the limits imposed by good faith. If the employer's behavior exceeds these limits, the managerial right is being misused.

Infringement of personality rights and aggravated change of employment conditions

According to the above, any behavior on the part of the employer may be interpreted as an infringement of the personality of the employee, even if he does not seek to force the employee to resign, but exceeds the limits imposed by good faith. The abusive behavior of the employer is particularly damaging when it makes it impossible for the employee to fulfill the contractual obligations in the workplace, or causes such shame that the employee's stay at the company becomes impossible or difficult. The employer's behavior, irrespective of the existence of a corresponding deception, can have such a psychological impact on the employee, that it creates an unbearable working environment for him. At the same time, this behavior changes his employment conditions for the worse without his acceptance. It has been held that the coercion of an employee into signing a certain document when arriving and leaving the workplace may constitute a unilateral aggravated change of employment conditions and at the same time an infringement of his personality, arising from the unlawful infringement of the employer's duty of care (Supreme Court of Greece, Judgment 1479/2002). 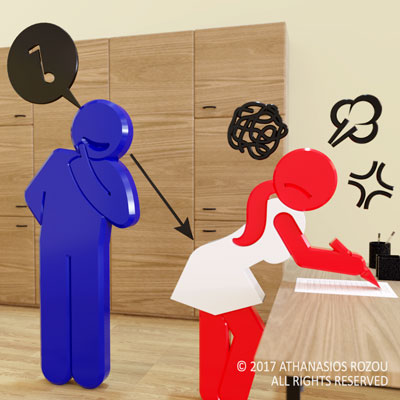 Sexual harassment in the workplace has become common.

Forcing the employee to resign

Another instance of offensive behavior by the employer that exceeds the legitimate limits of the managerial authority is sexual harassment in the workplace, which also causes the moral decline of the employee (Thessaloniki Single Member Court of First Instance, Judgement 1963 / 2005). This affects substantially the employe’s psychology and makes his further cooperation with the employer impossible.

Inappropriate behavior of the employee 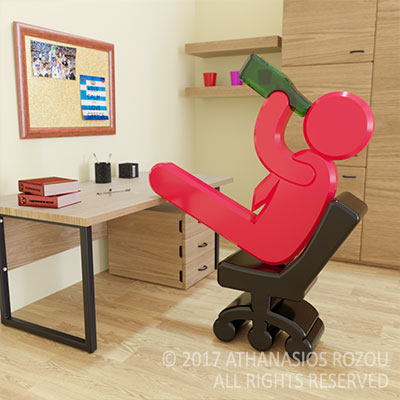 The employee must fulfill his duties diligently.

Employee's obligation to carry out the work diligently

When an employee proceeds to inadequate performance of his contractual obligations or if his behavior causes problems in the smooth running of the business, there is a significant reason to terminate the contract of employment. Such termination must not violate the principle of proportionality, in the sense that the employer must apply milder compliance measures before the termination of the employment contract. In such cases, the legal action for invalid dismissal of the employee and the default of the employer will be considered abusive by Article 281 of the Civil Code, as the employer's confidence has eroded, and the continuation of the employment relationship has become impossible. An employee's lawsuit was dismissed by the Court as being abusive, because she was systematically arriving late at the workplace, while at the same time she would receive calls, visit social networking sites and surf the internet while on duty. By doing this, she displayed inappropriate behavior despite the remarks of her employer (Athens Single Member Court of First Instance, Judgment 34/2011). Therefore, the employer may dismiss the employee, owing him, however, compensation, by lawfully terminating the employment contract (Supreme Court of Greece, Judgment 408/2008).

In other cases, the unconventional behavior of the employee consists in his unjustified absence from work, without, for example, the occurrence of an illness or commitment. Such behavior is a culpable failure to perform his duties, which can be considered an implied termination of the employment contract on his part, namely voluntary retirement, since the employee abstains from work without justification (Supreme Court of Greece, Judgments 182/2008, 289/200, 32/1988). It should be noted, however, that in the event of an arbitrary absence of the employee, the employer may reduce the corresponding salary by drawing that right from Article 648 of the Civil Code, since the salary is the consideration for the work provided. 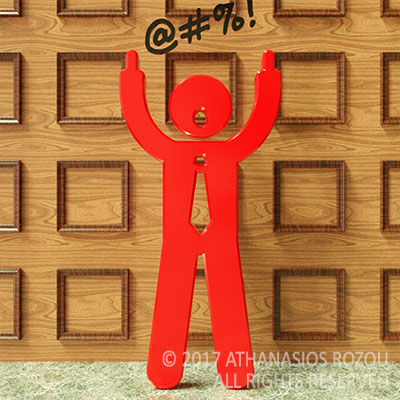 The employee, who systematically insults his employer and his associates, is risking being dismissed without any means of compensation.

Deliberate provocation of dismissal by the employee

The most significant case of an employee's provocative, inappropriate and offensive behavior is his false attempt to cause his dismissal to receive redundancy pay and unemployment benefit. These cases have led the case law to form a new reason for dismissal without liability by the employer, provided that the intention of the employee was found to be deceitful. This happens when the employee, inter alia, offends the legitimate business representative, causes embarrassing incidents in front of customers, expresses desire to be dismissed, is absent from his duties, becomes isolated from his colleagues and has illegal and provocative behavior with the aim to be dismissed. All of these fraudulent claims are dismissed (Supreme Court of Greece, Judgment 38/2004). In that case, the employer may dismiss the employee without payment of compensation and any claim by the employee for such compensation will be considered abusive since his behavior aimed exclusively at receiving the redundancy pay. Consequently, the employee's malicious fulfillment or failure to fulfill the duties renders his claims for redundancy pay objectively abusive, as they exceed the limits of good faith (Supreme Court of Greece, Judgment 695/2007).

Commission of a criminal offense by the employee

A different matter is the adoption of such behavior by the employee to constitute a criminal offense, as is usually the insult or bodily injury, which obviously affects the personality of the employer. However, in the context of the employment relationship, the employer may file an accusation against the employee and then terminate the employment contract without paying any compensation due to the previous indictment.

In conclusion, an employer, who is a recipient of unconventional conduct that makes it impossible for him to work further with the employee, may dismiss him without falling into arrears and without being in danger to be accused of abusive termination of the employment contract. Also, he may not even pay redundancy pay when the employee intended to be dismissed to receive that specific form of compensation as described above. Without liability for the employer, of course, is also the dismissal in the case of filing an accusation against the employee. In addition, the employer may consider the employee's absence for a reasonable period as voluntary retirement, which he must also declare to the Labor Inspectorate, and may additionally reduce the employee's salary for the days or hours he was arbitrarily absent. Finally, an action for compensation against an employee is not excluded (Supreme Court of Greece, Judgment 714/2008), if his behavior caused damage in the performance of the work, by Article 652 of the Civil Code.

In all the above cases, the essential element of the existence of inappropriate behavior by the employer or employee is the failure to fulfill the contractual obligations as defined, under conditions that promote fruitful cooperation. Such conduct is linked, firstly, to the exceeding of the limits of the managerial authority, its abusive practice and the purely insult of the personality of the employee. Secondly, to the inadequate performance of the employee's duties and his inappropriate and provocative behavior. According to the above, every employee must recognize the legitimate limits of behavior in an employment relationship, claiming his legal rights whenever this behavior goes beyond the limits of the managerial authority and results in a violation of his moral and psychological status. Similarly, the employer must exercise his legal rights in cases where the behavior of the worker makes it difficult or impossible for the organization to function properly.

Our law firm has over a decade's experience in dealing with labor law cases. If you are looking for a labor law lawyer in Greece, we invite you to assign us your case and honor us with your trust.