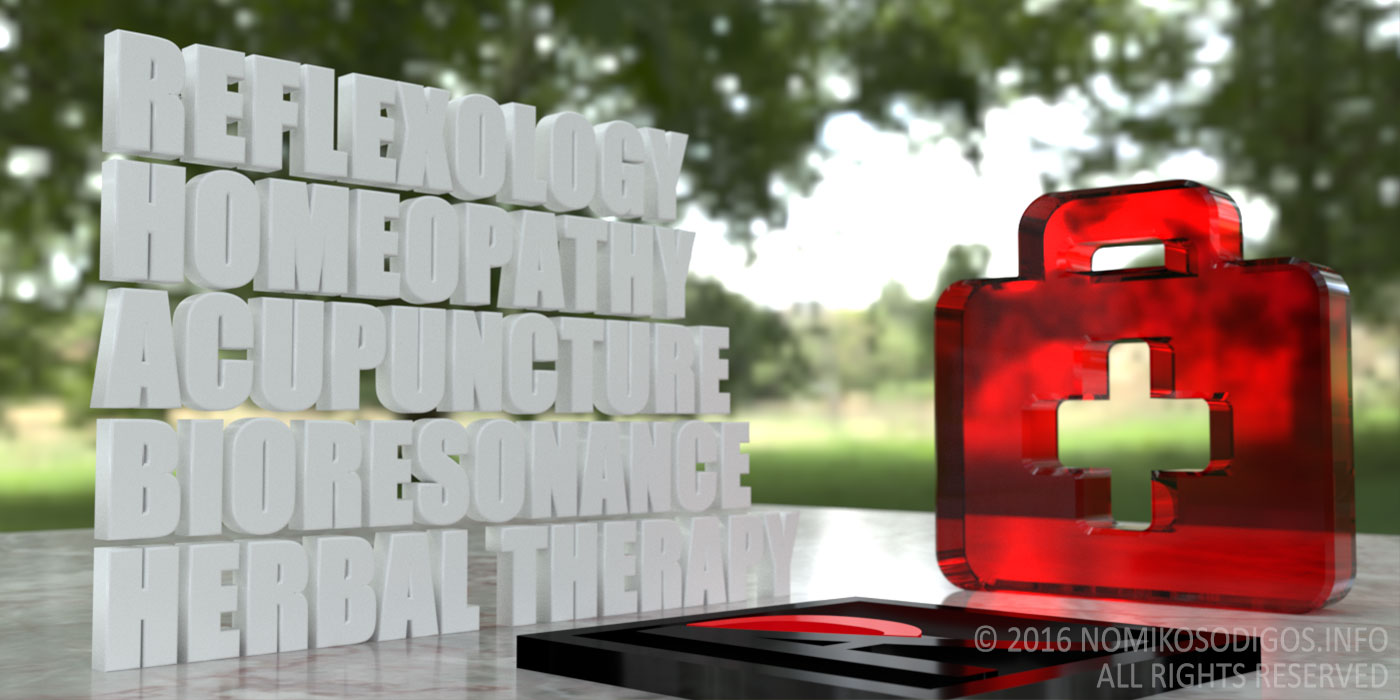 Reports are occasionally published in the media, relating to the issue of judicial decisions relating to medical liability issues. Patients, to whom, bodily harm was caused, or to their relatives, in case of death due to medical error, make legal action against the responsible doctors, requesting on one hand their criminal and disciplinary punishment and on the other hand receiving compensation for the damage caused to them.

Alternative medicine is attracting the interest of the public even more

The judicial decisions which have been largely promoted by the media are those relating to doctors, who engage with alternative therapies. This is reasonable, since alternative medicine as a field is largely uncharted, which attracts more interest and thereby implies greater readability. Doctors wo implement alternative methods of treatment are shown by journalists (?) mainly as shamans, who do not hesitate to risk the health of their patients by applying questionable methods. However, the truth is that all the doctors who are convicted of negligence and even fraud in the exercise of their profession, the ones engaging in alternative medicine form the overwhelming minority.

Which are considered to be alternative treatments

Alternatives therapies are those diagnostic and therapeutic methods which do not rely on traditional Western medicine. Their common characteristic is the absence of sufficient scientific documentation, which is due, according to their defenders, the lack of support by major economic interests and, according to their disputants, their ineffectiveness. Moreover, alternative medicine avoids the use of conventional drugs and attempts to treat the patient based essentially on his physical, intellectual and emotional features, as well as on the self-healing ability of the human body, with the appropriate support. The more known practices of alternative medicine are homeopathy, acupuncture, electroacupuncture, bioresonance, traditional Chinese medicine, herbal medicine, reflexology, Ayurvedic medicine etc.

The rapid spread of alternative medicine

Particularly in recent years, more and more patients are turning for their curing to alternative treatments. This is due to them being spread by mouth through the patients, to the emergence of more and more scientific research on their effectiveness, to the questioning of the effectiveness of Western medicine with the concomitant use of conventional medication, to the increase of the number of doctors who apply alternative methods of treatment, to the resentment caused by the now widespread perception that conventional medicine aims to eliminate the symptom and not the cause of the disease, as well as to the widely known and proven practice of pharmaceutical companies to make benefits of any kind to doctors so that they prescribe medications produced by them.

The right of the doctor to the implementation of alternative treatments

According to Article 3 of the Code of Medical Ethics (N. 3418/2005), each doctor, during the exercise of his profession, enjoys scientific freedom and freedom of conscience and provides medical services with respect to human dignity. Additionally, it should act according to the rules of well-documented and evidence-based medical science. In the practice of medicine he has complete freedom in the context of the generally accepted rules and methods of medical science, as they are formed based on the results of the applied modern scientific research. He has the right to choose the treatment method, which he considers that it predominates significantly over another, for the individual patient, based on the modern rules of medical science, and omits the use of methods which do not have sufficient scientific evidence.

Although from the abovementioned provision on prohibiting the use of methods without sufficient scientific evidence there is an attempt for the alternative therapies to be shown as such, however, their application is not expressly prohibited. The judgment on whether or not sufficient scientific evidence of a therapy belongs in principle to the physician who applies it and then to the disciplinary bodies and judicial authorities, if damage to the patient's health is found by the applied treatment.

The criminal responsibility of the doctor for bodily injury by negligence

There is criminal liability of doctors for bodily injury from patient negligence, in cases where the result is due to a breach by him of commonly recognized rules of medical science, for which there can be no question and his action or omission was not consistent with the objectively imposed duty of care. This special legal obligation of doctors to prevent the punishable result of patient injury is derived from the law (Article 24 EL 1565/1939 "on the code of conduct of the medical profession'), of the code of medical ethics (art. 8 of RD 156 / 07.06.1955 and now N. 3418/2005 "on the regulation of medical ethics") and from the securing position thereof towards the safety of the life or health of the patient generated during the execution of the medical procedure.

The physician is responsible, if due to thoughtlessness or ignorance of things, which he had to know according to his science, he did not follow generally accepted principles of medical science or recognized modern methods and his ignorance, thoughtlessness or imprudence, led to misdiagnosis or treatment or surgery or non-surgery and non-taking of measures to prevent attacks or threats to the physical integrity, health or life of the patient under his care. Thus the doctor is examined for any act or omission thereof under his above capacity in monitoring the patient's progress, i.e. if he conducted the followed medical treatment and the necessary appropriate examinations or also other invasive medical procedures to treat any side effects or complications that would threaten to cause damage to the health of the patient, as any competent physician of his specialty would have done under the same circumstances, being aware of the history and the symptoms of the patient and having the capability and experience to predict these adverse symptoms and the subsequent damage that are exhibited by patients undergoing medical intervention.

The legal documentation of medical negligence

Under Article 314 par. 1 sect. a of the Criminal Code (CC) "one who recklessly causes physical injury or damage to another individual’s health, is punished with imprisonment up to three years." From the combination of that provision with that of Article 28 of the Kyoto Protocol, according to which one acts negligently when out of lack of paying attention, which he was required to pay under the circumstances and could pay, either did not predict the punishable result, which was caused by his act or he predicted it as possible, but he thought it would not occur, it is derived that for the foundation of negligent bodily injury, it is required to establish on one hand that the offender did not pay the required per objective judgment, attention, which any moderately prudent and conscientious man is required to pay, under the same factual circumstances, according to the legal rules, the conditions for trade, joint experience, logic and the usual course of things, and on the other hand that he had the capacity to predict and avoid the punishable result, which must be under objectively causal connection to the act or the omission. The omission, as a concept, is inherent in any kind of negligence, if one kind of liability consists in not paying attention, i.e. in an omission. But when the negligence does not consist in a certain failure, but in a total of behaviour that preceded the outcome, then, for the foundation of personal injury through negligence, as a crime committed by omission, the contribution of the terms of Article 15 of the Kyoto Protocol is also required, according to which, where the law on the existence of a punishable act requires a certain effect to have occurred, the non-prevention thereof is punished just as the causing thereof by an action, if the person responsible for the failure had a specific legal obligation to prevent the occurrence of the result. The latter provision shows that a prerequisite for the application thereof is the existence of a particular (i.e. not specific and general) obligation of the person responsible for an action, which tends to prevent the effect, for the occurrence of which the law provides a certain penalty. This special obligation may stem from an express provision of law or legal duty complex associated with certain conduct of the offender from which the risk of occurrence of the criminal result was created. In this case the contribution of that obligation should be indicated and justified in the judgment and the mandatory rule of law from which it derives must be determined.

Under these provisions every doctor when exercising his profession must pay the attention, which he can and must pay under the circumstances, in order to predict possible damage to the patient's health by the treatment he recommends. Particularly the doctors, who apply alternative treatments and constitute a minority in the total population of doctors, should be more cautious, because it is easier to attribute to them that they did not recommend the treatment to their patient, which would be recommend by the majority of their colleagues, in case of damage to the health thereof. It must also be remembered that the doctor, who employs alternative therapies, is more convenient to be attributed with liability by a patient who suffered damage, regardless if the damage resulted from the failure of that treatment.

The protection of doctors of alternative therapies

Doctors who recommend alternative treatments, should in principle not deviate from the strict implementation of the Code of Medical Ethics (N. 3418/2005) and should provide assistance with "zeal, diligence and loyalty" within the requirements of Article 23 of N. 1565/1939.

In particular, according to Article 11 of the Code, the doctor has a duty of truth to the patient. He must inform him fully and comprehensively about the true state of his health, the content and the results of the proposed medical procedure, the consequences and the potential risks or complications of its execution, the alternatives as well as the possible recovery time, so that the patient can form a complete picture of the medical, social and economic factors and consequences of his situation and proceed accordingly, in making decisions. Only after the complete and detailed informing of the patient and his effortless and unequivocal consent should the doctor recommend any alternative treatment method. The information should be done in simple and understandable language for the patient as to the nature, the purpose, the consequences and the risks of any medical procedure, the possible complications and the possible recovery time (Art. 5§2 Oviedo Convention and art. 11 §1 RLS), while it is not required to be in writing but it can be oral as well.

The diagnosis of disease should be made primarily or confirmed by conventional diagnostic methods and secondarily with alternatives such as for example by bioresonance.

The patient should always be referred to or receive medical advice of a doctor with the appropriate specialty if his illness is outside the scientific field and specialty of the doctor.

The doctor should in principle recommend to the patient the conventional therapeutic methods and should apply alternative forms of treatment only after a complete, detailed and clear informing thereof of the aforementioned and taking his consent under the terms and conditions set out below.

Exceptionally approval is not required:

An alternative treatment method may include mechanical intervention in the patient's body (e.g. chiropractic), the administration of pharmaceutical compositions (e.g. homeopathic) as well as sessions with machines (e.g. bioresonance, electroacupuncture). It follows that the doctor is not liable if the treatment, alternative or conventional, does not produce the desired effect on the patient's health, if all the rules of the Code of Medical Ethics were respected, and especially the rule of informing and taking consent by the patient. As it is certainly reasonable, the doctor physician is not responsible for taxation or other outstanding matters to the state of the companies, which produce the formulations or the machines, just as respectively the companies are not responsible for the doctor's relations with state authorities, the tax or other obligations thereof.

Feel free to refer to our law firm for any matter of medical liability that concerns you. We will be glad to help you and meet your highest standards.