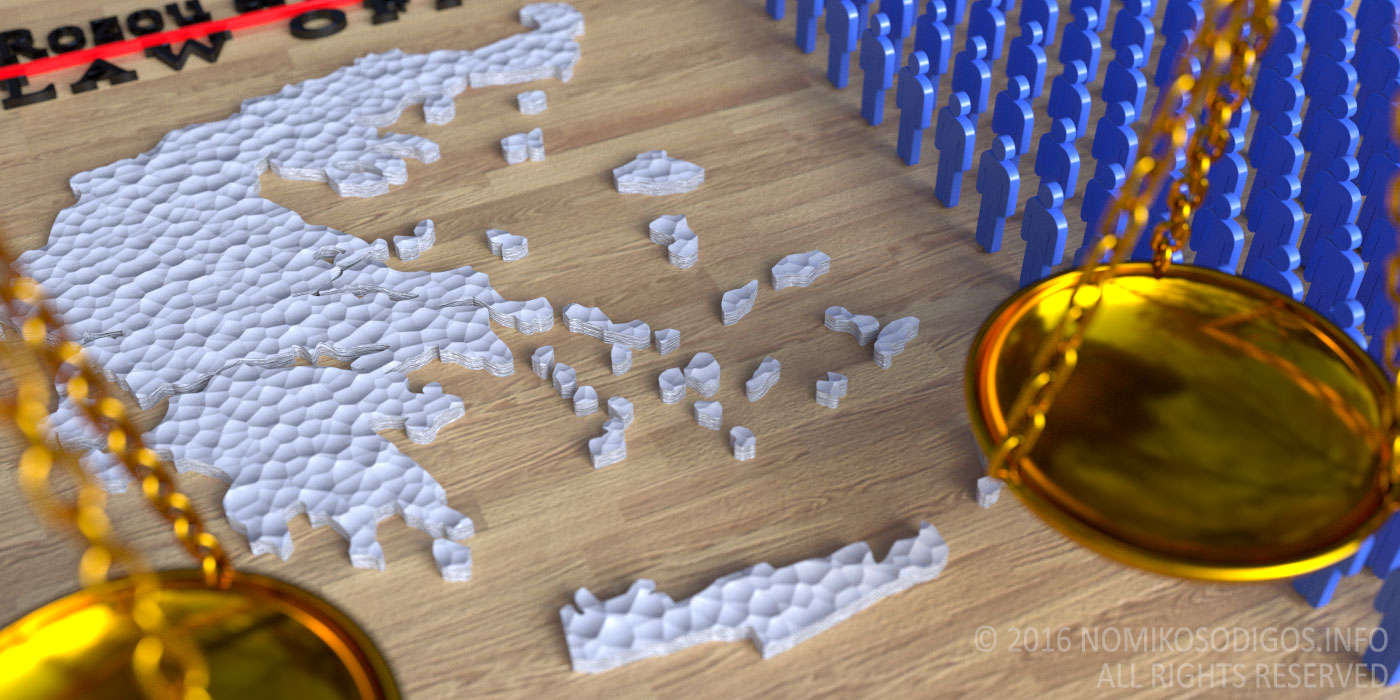 Overpopulation of lawyers in Greece and rest of Europe: myths vs reality

As the economic crisis in Greece deepens, also affecting, among other professional groups, the lawyers, there are increasing voices, which put the blame for this situation on their particularly high number in relation to the general population. The proponents of this view mostly request for the tightening of criteria for the granting of license to practice the legal profession, and the conditions of its conservation. At the same time, speculations are intensifying that Greece has the most lawyers in the world, that in all the other countries lawyers are much fewer and hence better paid, as the prices of services are maintained at high levels due to reduced competition.

The number of lawyers per country is recorded annually at European level by the Council of Bars and Law Societies of Europe (CCBE), which is the representative body of about one (1) million lawyers, through bar associations - members, from thirty one (31) full member-states and eleven (11) partner countries and observers. The full Council members are grouped into national delegations, each of which comprises a maximum of six (6) persons. The Delegation of Greece also participates in the Council. Greek Presidents of CCBE were Messrs. Evangelos Tsouroulis in 2013, Sotirios Felios in 1999 and Nicholas Koutroumpis in 1989.

The table with the comparative figures of Lawyers in European countries for 2015 was published by the Council on 01.06.2015 and for Greece includes ONLY the number of the Athens Bar Association members, which amounted to 21,439 on 16/03/2015. Our country is only one, for which the table shows the number of members of a single bar association in contrast to the others, that the figures relate to lawyers of their entire territory. Also, no mention is made in some countries, for which however the same data can be exported from corresponding tables of previous years. Moreover, there is no column with the general population per country in order to reach a conclusion about the number of lawyers per capita.

I inserted data in the following table from the tables of the CCBE of the years 2013, 2014 and 2015, as well as from Wikipedia, which relate to the general population by country for the year 2015 according to Eurostat, in order to extract the capita per lawyer in the last column. The number of lawyers in the Netherlands, Germany, Denmark, Latvia was introduced from the corresponding table of the year 2014 and for Malta, Luxembourg, Serbia, Moldova, Armenia and Bosnia and Herzegovina from the list of the year 2013 due to lack of data for these countries in the 2015 tables. The number of lawyers in Greece (42,500) was inserted in approximation, since in the year 2013 it amounted, according to the findings of the Committee for the preparation of the Bill "Lawyers’ Code" in 42,113. At the same time, I thought that it was interesting to insert for comparison, also some US states, for which I received the number of lawyers in 2015 by the American Bar Association and the general population for the same year from Wikipedia. Also, in some fields the number of women lawyers is also indicated, which is included in the total number of lawyers of each country.

(Please do not hotlink the files)