The Greek financial crisis, which was officially acknowledged by the announcement of Prime Minister George Papandreou in Kastelorizo on April 23, 2010 to appeal to the European support mechanism and was ratified on May 6, 2010 with the adoption of the first memorandum by the Greek Parliament, made it imperative to protect the family home from auction and liquidation to pay off the creditors of Greek households, the vast majority of which are banks and credit institutions.

Until that time a beautified situation of security and complacency was cultivated by the political system, according to which the Greek state and particularly the banking sector were both sufficiently armoured to withstand the global shocks, caused by the bankruptcy of Lehman Brothers on the 15th of September 2008. However, for those in the know in law and accounting firms of major Greek cities, who had contact with a large part of society and had a more complete picture of the economic scene, it was evident that our country was not spared. The tap of funding to businesses for investments and to individuals for consumer loans but also for house purchase had already started to close in 2009. Unemployment was increasing slowly but steadily, decreasing the household income of those employed in the private sector, with the direct consequence being their inability to meet their loan obligations. The banks, reacting spasmodically in the unexpected situations proceeded in foreclosures and auctions of the assets of the borrowers, even of the sole residence, for a few thousand euros.

The first attempt to halt the momentum and the speed with which the immovable property of citizens changed owners, was the enactment of N. 3714/2008 (GG 231 / 07-11-2008). This law laid the first safeguards as protection for the callous and without restrictions until then behaviour of the banks. In particular, Article 2 established the prohibition to carry out real estate auction at a price below their objective value. This setting directly inactivated enforcement against real estate, since their high objective values mainly in large urban centres rendered them unattractive for purchase by auctioning. The effect of this provision was on one hand, for auctions which were accelerated until then to be cancelled and on the other, for new ones not to be accelerated in the absence of buying interest. At the same time, Article 5 of that law conditionally prohibited the enforcement of seizure by banking institutions, credit providers and their claims assignees against the sole residence of the debtors for debts less than € 20,000. However, because of faulty and incomplete information to the public by the media, many borrowers were unable to make use of the above beneficial provisions to protect their sole residences, because they lost the two-week deadline for opposition against the relevant execution title. 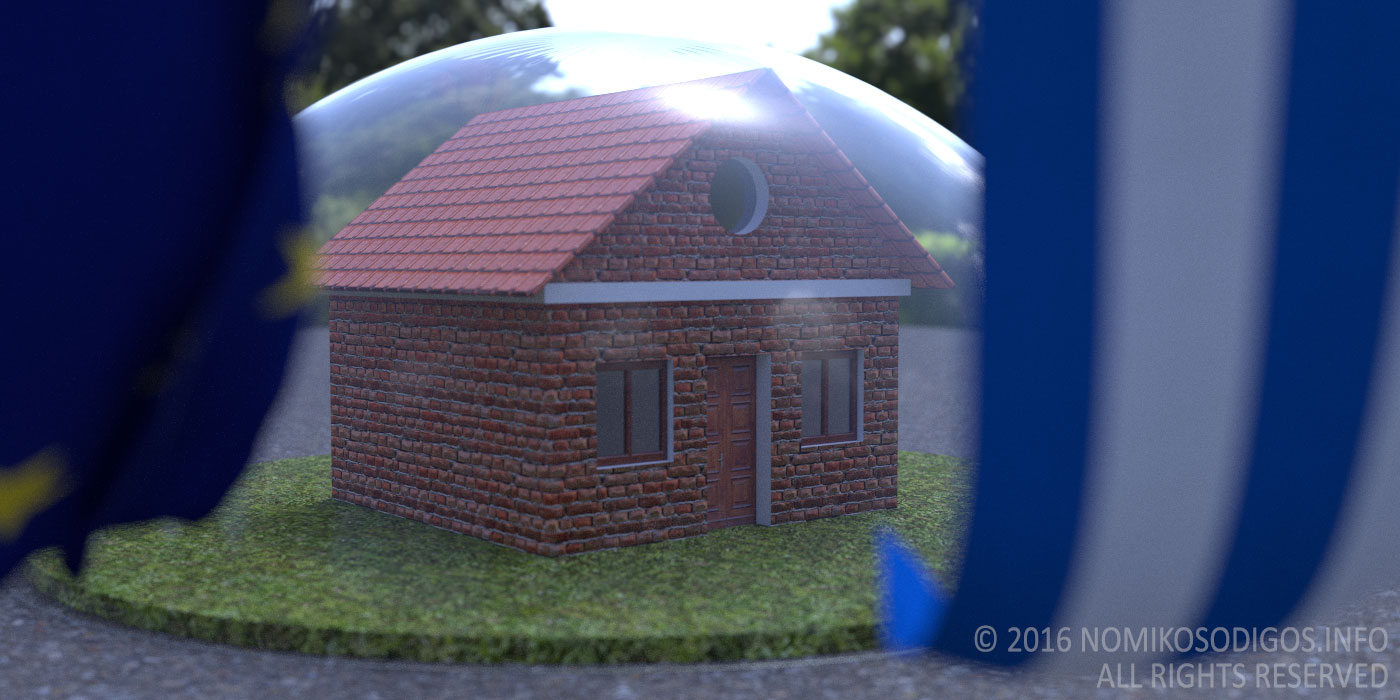 This was followed by N. 3869/2010 (GG A 130 / 03.08.2010), which became known as the "Law for indebted households" or "Katseli law". The law as originally applied and also with its subsequent amendments, provided an opportunity for tens of thousands of people not only to rescue their primary or sole residence from being auctioned but also to settle their debts to their creditors, also achieving a brave haircut in several cases.

The state then introduced stricter requirements for the protection of primary residence and Article 2 par. 1a of Law. 4224/2013 (Government Gazette A 288 / 31.12.2013) banned from 1.1.2014 until 31.12.2014 property auctions of debtors, which served as their primary residence declared as such in their last income tax return, if the assessed value of the property did not exceed two hundred thousand (200,000) euros and met the requirements of subparagraph 1b of the same article. In particular, for the first time, the protection of the primary residence of the borrower became depended on the presentation of documents to the creditors, which proved his current economic situation, as well as on the obligation to pay a specific percentage of his income for as long as the protection lasted, i.e. until December 31, 2014.

Already by the end of 2014 there was much confusion and turmoil in the then Government, since it foresaw that it could not protect the primary residences of the borrowers for the year 2015, as it could not find a common ground with the Troika, whose desire was the full release of auctions, following a long period of inactivity. The protection of primary residence was pushed into the background amid political developments (election of the President of the Republic and call for new elections on January 25, 2015) and therefore 2015 came with the primary residence being entirely unprotected. Throughout that year, due to the inability of the new government to form protection terms with the lenders, the primary residence was informally protected, as part of an unwritten agreement between the state and the banks.

From the year 2016 until December 31, 2018 the primary residence is protected either by placing the borrower under the Katseli law, as amended by the N. 4336/2015 (Government Gazette A 94 / 14.8.2015) and N. 4346 / 2015 (Government Gazette A 152 11/20/2015), i.e. with stricter criteria, as well as with the direct negotiation with the bank with the tools provided by the Banking Code of Conduct. The primary residence can only now be protected against private creditors by the enforcement of the law for indebted households. Borrowers, whose application for membership in the Katseli law was irrevocably rejected on substantive grounds (not standard - acceptable grounds), can protect their primary residence only after agreement with their lenders, individuals or banks.

The protection of primary residence of borrowers became a subject of political exploitation by the Governments and the opposition from the start of the Greek crisis to date. For this very reason, namely because no one wanted to take a responsible and serious decision, because of the consequent political cost, the official state systematically postponed the solution of the problem. The result of this irresponsible policy coupled with the pressures of the creditors for total liberalization of the auctions, was for the primary residence to be left almost defenceless today, since, anyone who does not qualify for inclusion in the Katseli law is obliged to come, as a last resort, to an onerous agreement with the banks in order to rescue it from auctioning and liquidation.

Our Firm is located in Thessaloniki, Greece. We serve the districts of Macedonia and Attica (Athens). Our Mutual Consent Divorce service is provided countrywide.